Rev. Michael Bingham was born and raised in the town of Benton, which is in the mountains of rural Southeast Tennessee. He graduated from the University of Memphis in 1989 with a BBA in Management. Michael worked for six years at Siskin Steel, beginning in Chattanooga, TN. He moved to the Greenville, SC area in 1992 to oversee warehouse operations in the Carolinas.

Michael left industry in 1995 and began work as Director of Youth and Evangelism at Memorial United Methodist Church. In 1998 Michael accepted his first appointment and began attending Erskine Theological Seminary full time. He graduated from Erskine in 2001 with a Master of Divinity and a Master of Theological Studies.

Michael has served the following appointments as a United Methodist Minister: Harmony (Ware Shoals) 1998-2002, Heyward Street (Columbia) 2002-2010, Pond Branch (Gilbert) 2010-2016, St. Mark (Charleston) from 2016-2019, and Aldersgate from 2019-present. In each of these appointments, Michael has sought to faithfully preach and teach the Good News of Jesus Christ in ways that are winsome and appealing to people of strong faith, limited/flagging faith, as well as serious questions or doubts about their own faith or even the existence of any God. Michael has always sought to initiate new ministries as well as encouraging the Church to transition into new ways of serving, more in line with 21st Century culture. “If we keep doing what we’ve been doing, we’ll keep getting what we’ve been getting. It’s time to stop ‘doing’ church. We must BE the Church.”

During his ministry, Michael has been blessed to serve with Salkehatchie Summer Service, United Methodist Volunteers in Mission (UMVIM), and has travelled to Mexico, Malawi and various places in the United States.

As a result of the 9/11 attacks, Michael began serving as a Fire Department Chaplain serving with Western Laurens Volunteer Fire Department Station 26 (2001-2002), the Columbia Fire Department (2002-2010) and The South Carolina Emergency Response Task Force for Urban Search and Rescue (2005-2016). After more than 15 years of service, Michael has stepped aside from this fun and exciting (but demanding) portion of his ministry.

Michael is married to Lucie, who teaches at Reidville Elementary School, where she works with preschool special-needs students. They have two children. Joshua is a software developer in Charlotte, and Margaret is a student at Valdosta State University. Michael spends his spare time reading, hiking, camping and cooking. Johannah Myers is originally from Summerville, SC. She graduated from Furman University with a B.A. in Psychology and the Divinity School at Duke University where she received her Master of Divinity. Johannah has worked in Christian education for 15+ years, focusing on adult discipleship and children’s ministry. She’s served as the Director of Christian Formation at Aldersgate since 2009. Here, she oversees Bible studies and other small groups, Sunday School, retreats, and Messy Church. Johannah also serves as the Regional Coordinator for Messy Church USA for North and South Carolina. https://www.messychurch.org.uk/messy-blog/north-and-south-carolina-usa-regional-coordinator.

She enjoys teaching Bible studies – but in her spare time she is an avid sports fan, especially Duke football and basketball, and loves to travel the world.

In May 2019, Johannah received her Doctor of Ministry from Wesley Theological Seminary after studying with an international cohort at Wesley House, Cambridge UK. Her doctoral project was called “Practicing Faith Together: Messy Church and Disciple Formation” and focused on inter-generational discipleship. Ruth has been on staff at Aldersgate for 25 years and is currently responsible for Children’s Ministries programming, Leisure Ministries activities, Older Adult Ministries and Hospitality Design. She is married to her husband Gary and has three children; Brianna, Claudia and Sean. As the daughter of a United Methodist minister, working at Aldersgate has brought her full circle to where she thinks God wants her to be. 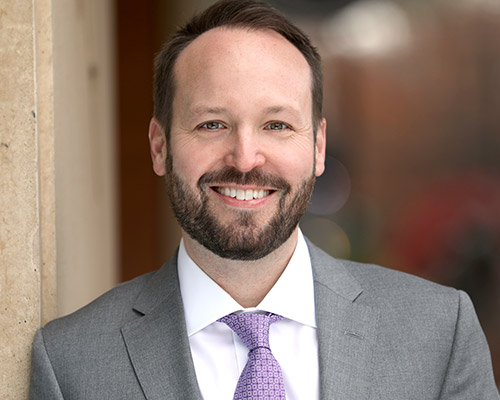 Grant earned his Bachelor of Music and Master of Music at the Eastman School of music and his D.M. at Northwestern University’s Bienen School of Music. He serves as Associate Professor of Voice and Director of Lyric Theatre at Furman University. Dr. Knox is enjoying a varied career in opera, musical theater, concert and recital. He has appeared with the Cincinnati Opera, Atlanta Opera, Indianapolis Opera, Chicago Opera Theater, Chautauqua Opera, Tri-Cities Opera, Ohio Light Opera, Asheville Lyric Opera, Lyric Opera Atlanta, Rochester Lyric Opera, GLOW Lyric Theatre, and with Maestro Lorin Maazel’s Castleton Opera Festival. Equally at home in concert repertoire, Knox has been engaged by the Atlanta Symphony Orchestra, Illinois Philharmonic, Greenville Symphony Orchestra/Chorale, Cobb Symphony, Peninsula Music Festival, Bach Ensemble of Cincinnati, Rochester Oratorio Society and in recital at the Kennedy Center for the Performing Arts. Grant and his wife Danielle have two children (Emila and Evelyn) and are thrilled to serve at Aldersgate.

At the age of 4, although he could not read music yet, Ryland would sit at the piano with his sister as she practiced. At age 7, his parents enrolled him in Furman University’s Pre-College Piano for Young People to study music history, theory and composition under Dr. Karen Eshelman Tompkins and Ann H. Guest until age 18 upon his graduation from Hampton Park Christian School of Greenville, SC.

Ryland continued his study as a Church Music Major with piano and voice proficiencies at Bob Jones University (1995-2000) under Dr. Fred R. Coleman. Ryland is a wonderful musician and we are fortunate to have him with us at Aldersgate. Jennifer received her Bachelor’s degree in Early Childhood and Elementary Education from College of Charleston before pursuing and receiving a Master’s degree in Library Science from the University of South Carolina. Prior to coming to Aldersgate CDC, Jennifer taught sixth grade, K4 and Reading Recovery in public schools. She was a Media Specialist in Pickens County, and taught Spanish at church preschools in both Rock Hill and Greenville. She has been Director of Aldersgate CDC since 2010. Jennifer and her husband Jon have three children: Emily, Mary Katherine and J.C., who all live in Greenville.

Susan Hamilton has been working for Aldersgate since August 2004. She is married to Eddie Hamilton, and they have 3 adult children and 3 grandchildren.

She is currently the Office Manager, Congregational Care & Communications.
Her hobbies include all types of crafts: painting, wreath making, just to name a few. She also loves to take trips with her family and friends to anywhere.

If you have not met her yet, you will soon!

Once children were in the picture, God led her to work at Aldersgate. She and her family were already members so it felt natural. After working part-time for a couple of years, she moved into a full time position. She has been working at Aldersgate since August, 2004. She is currently the Office Manager/Communications.

Her hobbies include all types of crafts: wreath making, painting, jewelry design, just to name a few. She also loves to take quick trips with her husband and kids. They have three grown daughters; Jessica, who lives in Colorado, Heather who is married to Chance and they have 2 children and live in Taylors, and Sarah who lives in Greenville with her daughter Brooke.

Janet Koss is a Greenville native and a graduate of Furman University with a Bachelor’s degree in Business Administration. She has worked many years in Finance for several organizations. Prior to coming to Aldersgate United Methodist Church, she was Finance Director for the Greenville Chamber of Commerce. Janet’s greatest pleasure is spending time with friends and family. She is a huge fan of DRNA (Dachshund Rescue North America) and is a repeat adopter. Currently she has Abby, a fourteen-year-old miniature dachshund.